Read on to find out some amazing facts about the Moon, our Earth’s very well known little buddy.

1. The Moon’s South Pole is the Coldest Known Place in the Solar System!

This is because of very deep craters found there that sunlight can never reach. They have been measured to be 33°C above absolute zero!

2. The Variation of Temperature is HUGE.

The temperature on the moon can fall to -173°C at night, and all the way up to 127°C during the day! Thank goodness the Earth doesn’t do the same.

If anyone ever offers to sell you a plot of land on the Moon, or to name a Star (yes, even that!), you are being defrauded. Thanks to the Moon Treaty, countries are prohibited from claiming ownership to the Moon, and they cannot use it for military purposes.

4. The Moon was born from a Giant Impact on Earth.

This is the leading theory on how the Moon came to be. The reasoning behind it is that we now know that the moon is made up of very similar materials that are also found on Earth – except for the core.

Most people already know this, but do you know why? Because the edges of it’s horizon are sharp! The Earth’s own edges are blurry and blue because of air getting in the way.

6. There isn’t Such Thing as a Dark Side of the Moon.

The Moon is very similar to the Earth in the way it experiences both night and day. No surface is ever always dark.

7. The Moon Does Not Orbit the Earth.

Are you surprised? Both the Moon and Earth orbit a shared center of mass, on different paths.

The Earth is actually a bit wobbly in it’s orbit, and the Moon helps stabilize it. It helps keep Earth’s tilt consistent during it’s trip around the sun, which in turn causes our Seasons.

9. There is Water on the Moon.

Or rather, there is ice. This ice (or water) is thought to have been there since the Moon was first formed!

10. Moon Dust is Dangerous to Astronauts.

This is because the dust is extremely rough. There is no flowing water on the Moon to have helped smooth the surfaces, and it can pierce spacesuits very easily as a result.

The Moon used to be much closer to the Earth than it is nowadays. It moves away from us at a rate of 3.8cm per year.
If you think a friend might enjoy our site too, please share this page with them by using the buttons below. 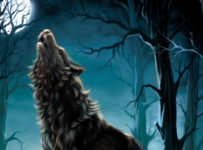 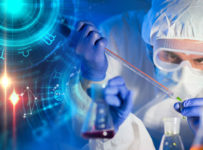 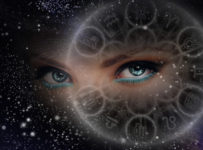