A cursed item is basically an object that carries some form of bad luck with it, and people that interact with these items can experience tragedy as a result. Here are eight of some of the most cursed items known in existence:

When this doll was given as a gift, they didn’t expect the creepy results! The doll often seemed to relocate itself, and would leave notes asking for help. A Psychic told the owners that the doll was possessed by a young girl by the name of Annabelle who died in their house. The Psychic suggested getting rid of it, and was later found with unexplained claw marks across his chest. The doll is currently located at the Warren’s Occult Museum. 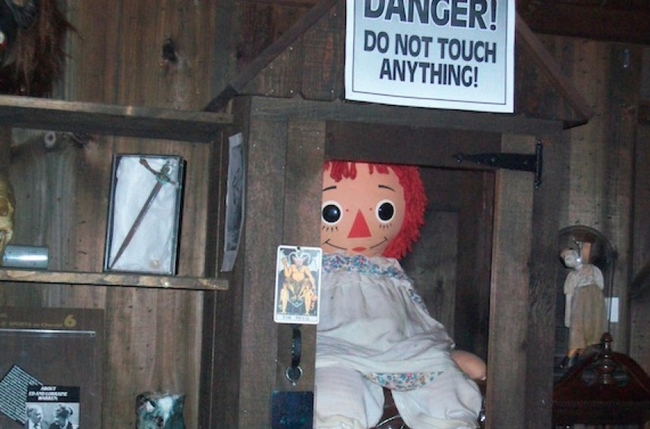 Prints of this infamous painting created by Giovanni Bragolin are found very often by firefighters in houses destroyed by fires. Far too often for it to be a coincidence! If you own this painting, I suggest you get rid of it quickly. 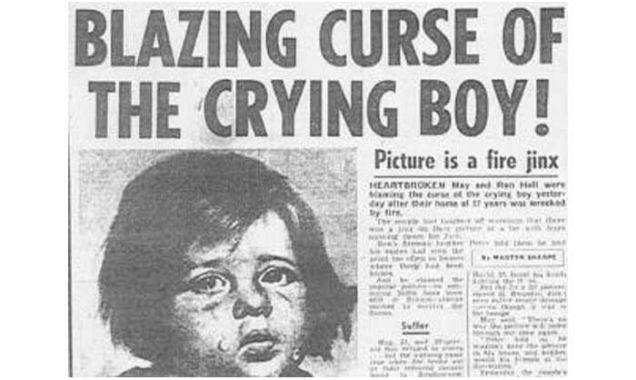 This box is supposedly the home of a Dybbuk – which is a possessive spirit according to Jewish mythology. It was found in an estate sale in 2001, and every owner since then has experienced horrible nightmares of an old lady, and the last owner actually developed a rare skin disease. 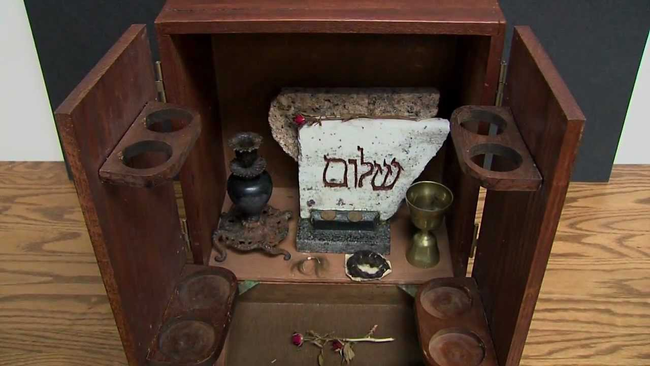 This vase was found buried in someone’s back yard back in the 1980’s, and had a warning inside: “Beware… this vase brings death.” The next three people that owned the vase died within a very short time frame. 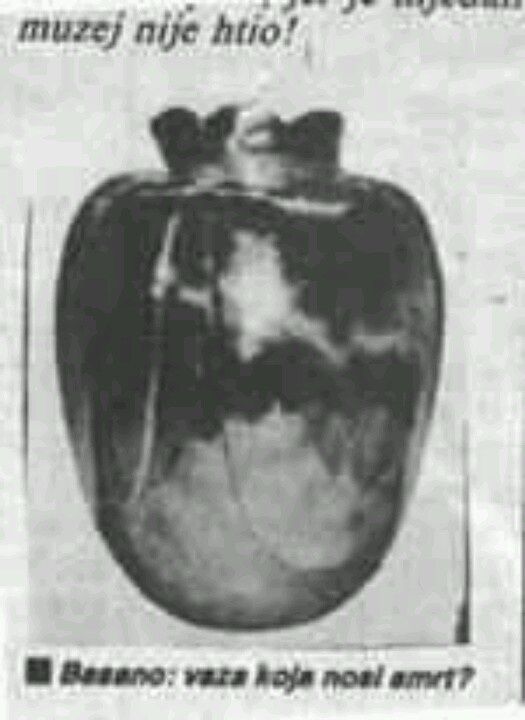 This crown seems to have a strong gender preference! It brings good luck to females, but every male owner has died. One being the Emporor Sher Shah Suri, followed by his son soon after. 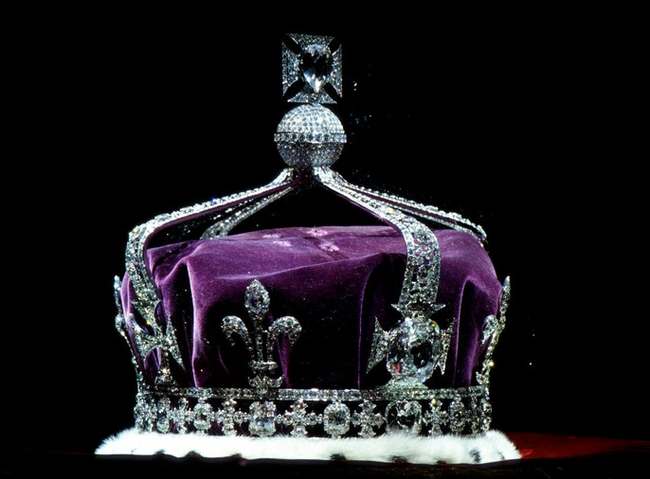 Sir Alec Guiness told James Dean “If you get in that car, you will be found dead in it by this time next week.” This actually happened, and the car has also been involved in the death of others following that tragic event. 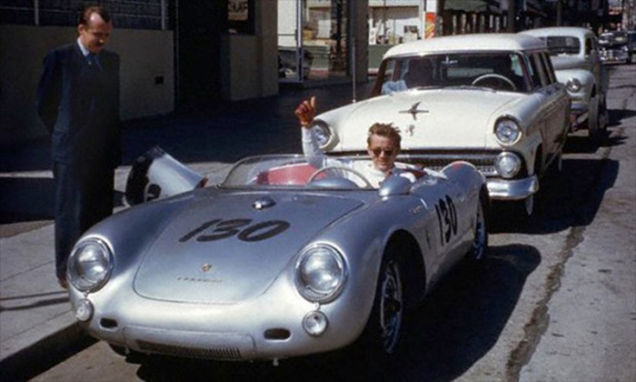 I’m sure you’ve heard that kissing the Blarney Stone can bring luck – but removing any part of it is known to cause incredibly bad luck. 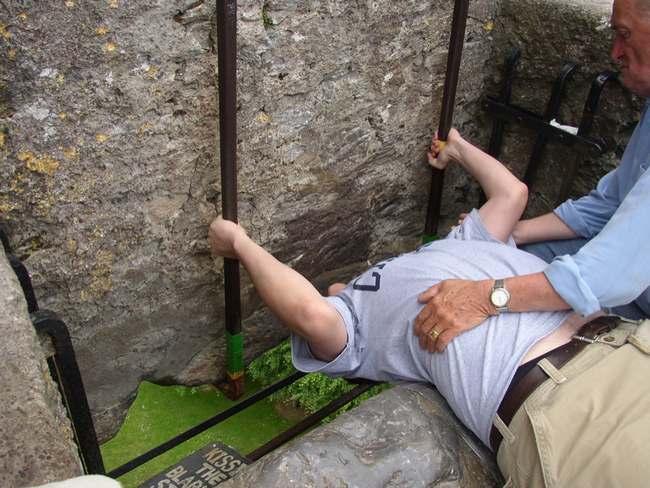 Thomas Busby certainly didn’t like others sitting in his chair! He strangled his father-in-law for doing so, and 63 people have died after sitting in the chair since then because of a curse that Busby put on the chair before being executed in the 1700’s. 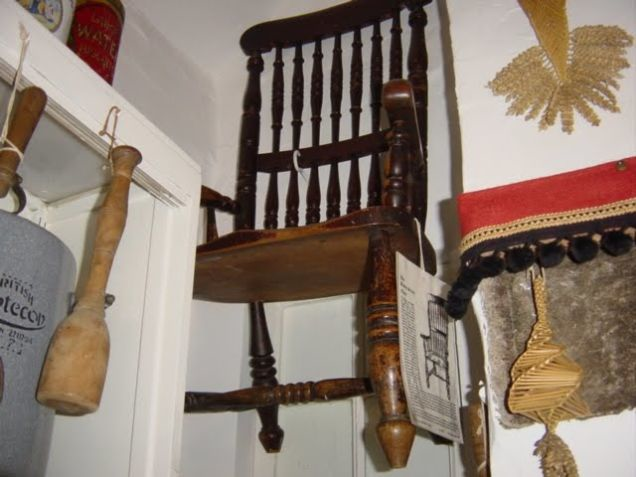 The most famous cursed item is probably King Tut’s tomb. All who have entered have been known to be struck with bad luck or have died as a result. Skeptics suggest this may have been because of a deadly fungus found in the tomb.
If you think a friend might enjoy our site too, please share this page with them by using the buttons below. 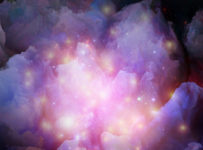 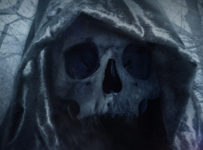 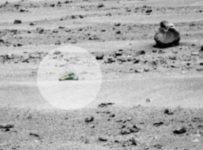