Venus is most widely known as “The Morning Star,” accompanied by the knowledge that she can be brash and passionate. A less well-known aspect of Venus, however, is that which shows itself through the qualities of love as well as warfare. With these two seemingly opposite understandings of Venus comes an event that describes the nature of her shift between her two states and what that may mean for you as you go about your day and make decisions about your relationships with those around you.

Before you can understand what the Venus Retrograde means for you, an understanding of what the Retrograde is in general must first be reached. The Venus retrograde is a period of forty days out of the year during which Venus’s transformation from her conservative, traditional self into her “Morning Star” self may affect your life and relationships in ways that you might not have considered before. Knowing this, and knowing how Venus’s phases act and what qualities they embody, can help you navigate this period of the year as smoothly as possible.

During the opening days of the Venus Retrograde, Venus is in a phase known as Hesperus, and this phase is marked by attributes that are largely loving and reflective, and some people believe that she also represents virginity in this phase. This generally plays out with individuals by instilling a greater desire to find love along with a reluctance to go out and start a new relationship. During this period, then, it’s especially important to address any harmful elements that may remain from a past relationship or to simply pay homage to the past before moving on from it for good.

In the final period of the Retrograde, however, an entirely different caution is to be advised. This is the period in which Venus returns to her “Morning Star” attributes of passion and rushing headlong into romantic connections. Knowing that this shift has taken place, you will need to be wary of your innate desire to launch yourself into any kind of passionate entanglement, even if your intent is only for a temporary engagement. This period of the Retrograde is known for causing spiritual unrest after a quick fling, which may later cause you to desire the fling to become something much more than that.

What it Means For You

What this could mean for you, though, is that while you carefully navigate your social circles and possible romantic interests, the Venus Retrograde can be a pivotal time for learning more about yourself and how to make yourself feel satisfied about your life. Similarly to how Venus is associated with a mirror, this Retrograde can be a time for self-reflection, wherein you discover more about your inner gods and demons. This can be done in a variety of ways, but some of the most striking methods for these discoveries are found in paintings, dreams, and signs and symbols that can be seen in the world around you. 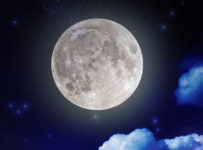 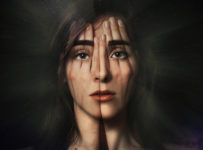 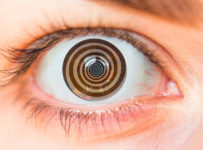